Ping Pong produced 100 episodes of hit Animal Planet series ‘Finding Bigfoot’. The show follows the adventures of the Bigfoot Field Research Organization (BFRO) led by president Matt Moneymaker, researchers James “Bobo” Fay and Cliff Barackman, and field biologist Ranae Holland. These four fearless explorers covered thousands of miles of uncharted territory in 38 states and eight countries on a mission to locate the elusive king of the cryptozoological jungle – Sasquatch. The team introduced America to a whole new vernacular: investigations are referred to as “squatchin'” and the areas they search are “Squatchy”. BFRO may not have found conclusive evidence of their quarry just yet, but we know where Big Foot really lives: in the hearts and minds of their fans. 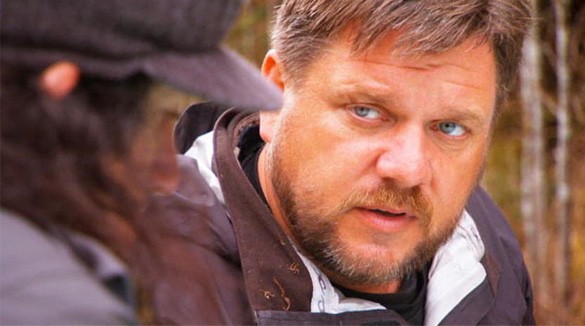 Matt Moneymaker was born and raised in Los Angeles, California. He developed an interest in the bigfoot legend at the age of 11 after watching the famous 1970's documentaries on the subject.

While attending UCLA in the 1980's he began corresponding with other bigfoot researchers in the United States and Canada. His first track discovery was in the mountains of Ventura County, California in 1987.

In the early 1990's he moved to eastern Ohio where many sightings and encounters had been reporter by farmers during the previous 10 years. His first close encounter with a bigfoot occurred during an overnight stakeout in a swampy wildlife refuge southeast of Kent, Ohio in 1994.

In 1995 he connected with other bigfoot researchers on the nascent World Wide Web and formed the Bigfoot Field Researchers Organization. In 1996 he launched the web site for the BFRO and began investigating and publishing eyewitness reports on the Internet.
He organized the first big expedition for the group in 2000 in Skookum Meadows, Washington. For the next few years he co-produced a few television projects about the bigfoot subject before he began organizing field expeditions in different parts of the country, which he still does today.

Matt Moneymaker is well known among bigfoot researchers and is credited with being...
The first person who introduced sound blasting and howling as a technique for locating bigfoots.

The first person who proposed and argued the connection between bigfoot sightings and deer kill stashes, after being shown evidence by Mennonite Farmers in Ohio.

The first person to record the long moaning howl of a big male sasquatch — the "Ohio Howl."

The first to formally describe the knock sounds made by bigfoots in 1992, at a scientific conference at Rutgers University for the International Society of Cryptozoology.

The first person to organize big expeditions to gather observations and evidence in various parts of North America.

The first person to debunk the "Georgia Bigfoot Body" hoax in the summer of 2008. 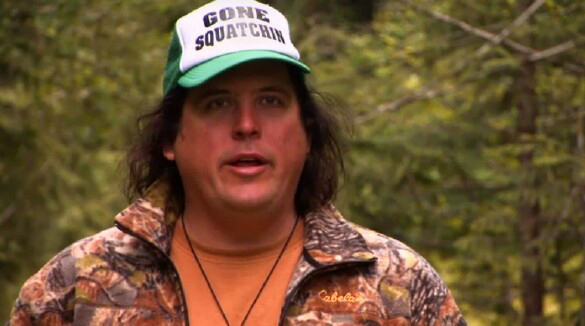 James Fay, or Bobo, was born and raised in Manhattan Beach, California, and has been interested in the Bigfoot mystery for as long as he can remember. As a teen, he became an avid surfer, a skill set he would eventually use to investigate reported Bigfoot sightings in remote areas of the country.

While in college, Bobo spent his downtime in the woods attempting to locate a Bigfoot. Following college, he took logging jobs on Native American crews to absorb their knowledge of the sasquatch legend. In addition, he increased his Bigfoot knowledge by taking jobs building roads and commercially fishing in Northern California.

Bobo says that he saw his first sasquatch while on an investigation with veteran Bigfoot researcher John Freitas in 2001. Since his initial sighting, Bobo claims to have glimpsed Bigfoots on a few other occasions, but it was this first visual sighting that moved him the most.
Today, Bobo makes a living as a commercial fisherman out of Eureka, California. He continues to take odd jobs in unrelated fields, most of which are centered on trying to spot a Bigfoot. His close relationship with the community in which he lives helps him keep his "ear to the ground," and he collects dozens of local Bigfoot sighting reports each year. 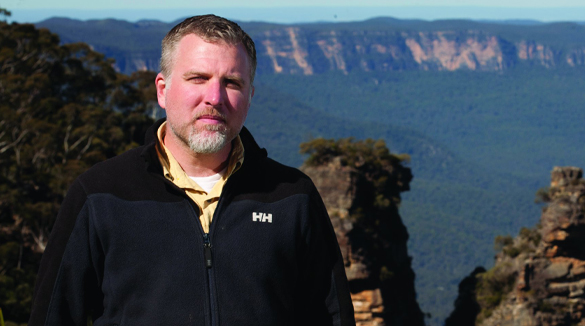 Cliff Barackman was born and raised in Long Beach, California. Throughout his youth, his interests were drawn towards both the physical and biological sciences, as well as music.
While Cliff was navigating his life, a growing interest in the Bigfoot phenomena drove him to travel to other parts of the country to look into the mystery. It was in college that Cliff's interest in Bigfoot moved from a quirky interest to an obsession.

Having a sizable break between classes, Cliff started spending time in the college library reading books on his various interests. After researching Bigfoot, he realized that not only was Bigfoot interesting, but it might actually be a real, biological creature.
Cliff had been an avid camper all his life, but around this time he started camping with the singular purpose of doing Bigfoot research. On his first expedition to Bluff Creek, California in 1994, he stumbled across possible Bigfoot footprints, as well as tree damage evidence and a possible hair sample.

Cliff's interest in physical evidence led him to take a keen interest in footprint casts. Over the years, what started out as the gathering of a few Bigfoot souvenirs has eventually led him to holding one of the largest cast collections in the country.

A former member of the BFRO, Cliff's expert opinion, level-headed approach and analytical mind are essential. When numbers need to be extracted for the sake of data analysis, or when a footprint needs to be permanently recorded, he is there to offer his unique skills.
Cliff augments the credibility of Finding Bigfoot with his passion for data collection, and his ability to explain complex ideas in simple fashion. 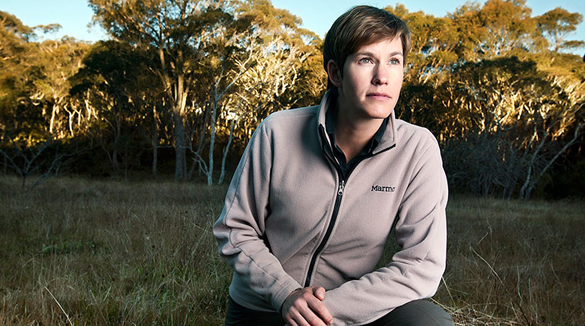 Research Biologist Ranae Holland was born and raised in Sioux Falls, South Dakota. There, she was first introduced to the Bigfoot craze in the 1970's by her father. They forged a special connection while watching movies and televisions shows, and reading about Bigfoot. In 2011, Ranae became a co-host of the Animal Planet show Finding Bigfoot.
Though Ranae is not a member of the Bigfoot Field Researchers Organization (BFRO) and does not believe in Bigfoot, she is fascinated by the phenomenon, and is excited to have found a way to combine her scientific knowledge, fieldwork skills, and love of the wilderness to investigate alleged sightings.

She received her Bachelor of Science degree from the School of Aquatic and Fishery Sciences at the University of Washington, where she was selected for and worked with the distinguished Alaska Salmon Program. For over a decade, Ranae has conducted fisheries research throughout the Pacific Northwest and Alaska.

Ranae continues with her efforts as a dedicated field biologist, and she regularly works for the National Oceanic and Atmospheric Administration (NOAA), as well as private entities. Her most recent field research efforts are focused on steelhead behavior in the Umpqua River basin in South Central Oregon.

In keeping with her enjoyment of the outdoors, Ranae spends her free time Spey and fly fishing, hiking, camping and kayaking. She also enjoys teaching and lecturing to students about critical thinking, science, conservation, and, of course, her search for Bigfoot. 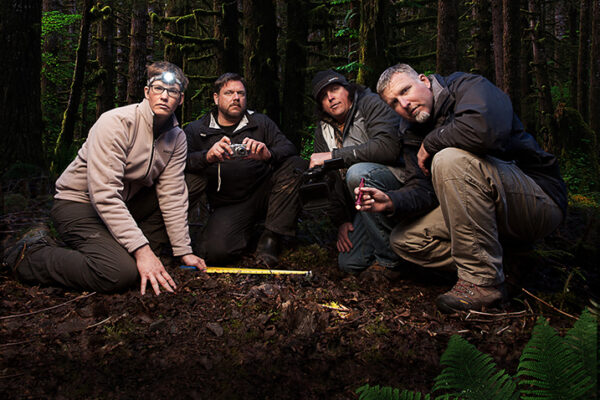 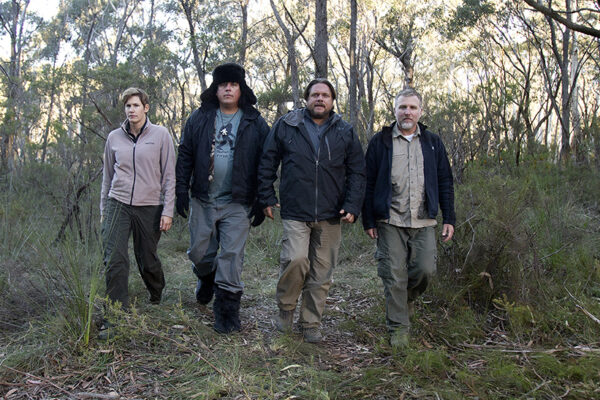 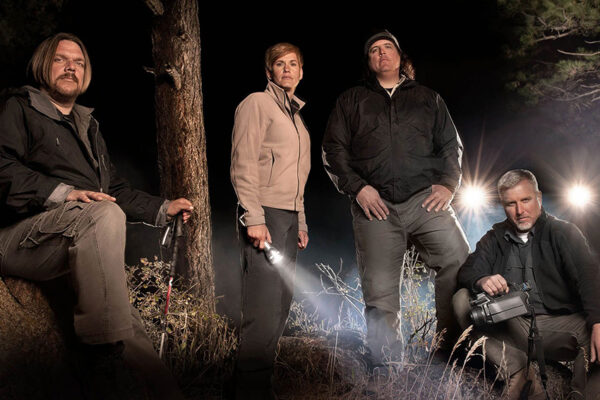